Skip to main content
For the latest updates on the campus response to COVID-19, please visit
healthresponse.umich.edu

A Guide to Sports at Michigan

What you should know about intramurals, club sports, and Division 1 athletics. 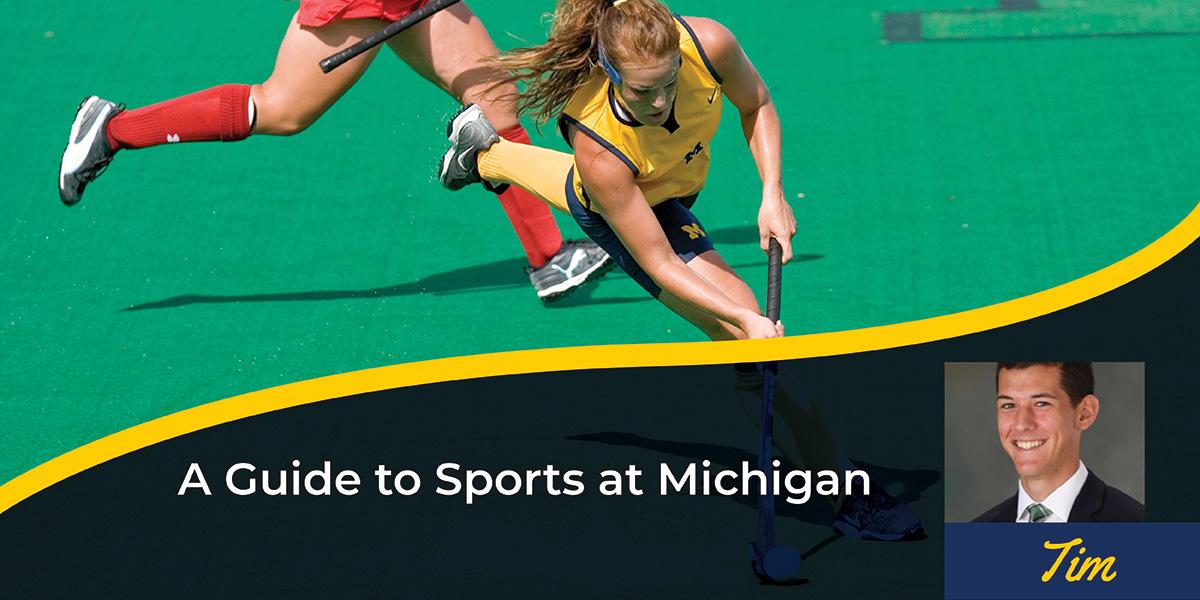 Ladies and gentlemen and all my nonbinary friends, we are now just weeks away from the most wonderful time of the year: the college football season. While it’s always a joyous time to fill the Big House back up for that first home game, this year carries a different, more exciting energy. After being given a 2% chance to win the Big Ten  by “experts,” we went on to beat OSU for the first time in over a decade, win the Big Ten Championship, and make our first appearance in the playoffs. While we were playing with house money last year, all eyes are on the Maize and Blue this year.

Now, while having a top-10 football team is exciting, to have your only interactions with athletics be on Saturdays in the Big House would be a mistake. Here at the University of Michigan, we have a large variety of sports that provide a variety of atmospheres and experiences to all students, both as a fan and a participant. In this handy little guide I’ll break down all the different ways that all students, from the armchair analysts to first-time athletes, can experience the joys of athletics on campus.

The main event. The money maker. La piece-de-resistance. Whenever you think of college athletics this is all that most people think of. And with good reason. I grew up idolizing college football players as much as NFL players. Filling out March Madness dominates my friend group conversations every year when the time comes around. But these are just two of the 27 Division 1 sports that we have at the University of Michigan. And not just any 27 teams. Michigan is one of the most accomplished schools in all of collegiate athletics. In the last two years, Michigan has won Big Ten titles in 15 sports, from football and basketball to field hockey and water polo.

As a Michigan student, you will get to watch any of these teams that you want. Michigan students can buy discounted season tickets for football, men’s basketball, and men’s hockey. The package for all home football games is $216, basketball is $175, and hockey is $150. (Prices can be reduced if you qualify for the Federal Pell Grant.) If you miss out on or choose not to buy season tickets, there is a very active resale market where you can buy individual game tickets. Every other sport is FREE for all students with valid Mcards. Many games will have free swag, theme nights, fan interaction, games during breaks in the action, the band playing their hearts out, and all kinds of things that make all games must-see events.

All of our sporting events have great atmospheres and traditions. If you have never been to a game in the Big House, you need to change that ASAP. The sheer amount of humanity we fit in there is otherworldly. Hearing the roar of the crowd is next level. The Children of Yost, the hockey student section, is especially energetic, consistently being recognized as one of the best student sections of any sport in the country. Even the sports that don’t draw as much are still tons of fun. Soccer and volleyball are examples of games that don’t have a ton of fans show up, but the ones that do have their own fun traditions and excellent atmospheres. So even if you’re not the biggest sports fan in the world, go to some of these smaller games. I guarantee you’ll have a good time.

Intramural sports are the best way for students to participate in organized sporting events here on campus. Students can form their own teams, sign up for whatever sport you want to participate in, and play against other Michigan students. Michigan offers 16 different intramural sports students can play. There are your classics, like flag football, basketball, and soccer, but there’s also some niche and unusual sports like pickle ball and Esport Rocket League.

The great thing about intramurals is how much the experience is dictated by the students. Students can make a lot of choices regarding how they wish to play. For starters, everyone can pick between joining a competitive or recreational league. As the name suggests, the level of play and competitive spirit will be a bit higher in the competitive leagues, while the recreational leagues are more for those trying a new sport or that just want to have some fun playing a sport with their friends. You can also choose to play in either coed or gender exclusive leagues. Coed leagues are great for mix-gender groups of friends that all want to play together. Coed leagues will also have rules about how many of each gender can be on the court at once to ensure some level of fairness.

Aside from that, each team gets to choose how they want to participate during the season. Take sports really seriously and want to plan practices during the week? You can do that. If the way you have fun with intramurals is rolling up five minutes beforehand in jeans to just see what happens, that is also perfectly fine. I’m a very competitive person, but I’ve played on teams with people who didn’t care about their performance or the outcome, and we’ve all managed to have a good time. Even if you’re not a huge fan of sports, join that team your friends need one more for. I can guarantee you’ll find a way to enjoy yourself.

Club sports are the middle ground between our D1 and intramural athletes. Think of club teams as the JV team here at Michigan, just with no real way of making it up to the D1 team. Club teams will usually have tryouts and weekly practices, as well as a more defined culture and team structure than intramural teams. While intramural teams will only play other Michigan students, club teams will play the club teams from other colleges and universities in the Big Ten and Great Lakes area. These games are a step up in competition and intensity from the intramural games, but are still a good step below the D1 teams here.

Club teams are for students who played competitively at the varsity level in high school but weren’t quite good enough to play D1 here at Michigan. There are 30 different club teams here on campus, from cross country and track teams that compete on a national level to water polo that plays tournaments at other Big Ten schools to baseball to fencing and many more you can get involved in.

The great thing about club teams is they are mostly run by the students themselves. This creates a really fun atmosphere in a lot of the sports and a lot of opportunities for leadership within the organizations. If you see a club team you think you’d want to try, do it, I guarantee you’ll have a great time.

And that is your super quick guide to the various athletics here at the University of Michigan. We have a very active and welcoming sports scene here on campus that is great for both longtime fanatics and people just breaking into the world of sports. We are very excited to get back to campus for this upcoming year. Hope to see you in the Big House. 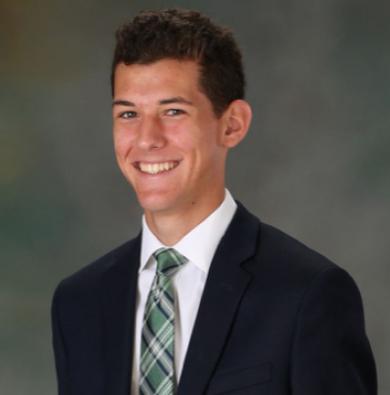 Tim DeGrand is a senior from Grosse Point Park, MI in the College of Literature, Science, and the Arts (LSA), majoring in psychology and minoring in music. On campus, he's the rank leader in the horn section for the Michigan Marching Band, and he also works with the tour guide office and Rec Sports team.