Right now, it seems that every news source, television channel, and social media outlet comes out with more bad updates. With this constant influx of negativity, it can be quite difficult to stay afloat. To combat this, I recommend checking out U-M’s digital library, and taking some time to give your mind a break. It might be just what you need to relax. So here is a list of some lighthearted reads that will hopefully get your mind off things.

Red, White & Royal Blue by Casey McQuiston. 4.30 stars on GoodReads, 5 stars by me

This heartwarming and often comedic novel follows Alex Claremont-Diaz, the first son of the United States, as he falls for the Prince of Wales, who he had previously considered a rival.

Small Admissions by Amy Poeppel. 3.67 stars on GoodReads, 4.4 stars by me

After a difficult breakup, Kate Pearson pulls herself together enough to apply for a job at an admissions department of a highly competitive school. This hilarious yet insightful book will keep you laughing as Kate begins to work with the city’s snottiest parents and kids.

Me Talk Pretty One Day by David Sedaris. 3.99 stars on GoodReads, 4.4 stars by me

We Are Never Meeting in Real Life by Samantha Irby. 3.92 stars on GoodReads, 4.3 stars by me

These essays cross different forms as Irby shares raunchy and awkward encounters, gives satirical advice, and discusses her hardships with a witty, self deprecating, and always comedic voice.

Hitchhiker's Guide to the Galaxy by Douglas Adams. 4.22 stars on GoodReads, 4.1 stars by me

Over a round of drinks, a friend confesses to Arthur Dent that the world is about to end, and he is an alien from the planet Betelgeuse. The two then begin to see the universe by hitchhiking a ride on a spaceship.

Red Queen by Victoria Aveyard. 4.06 stars on GoodReads, 3.9 stars by me

Set in a world divided by red and silver blood, Mare Barrow, a Stilt from a poor area, discovers that she has an impactful power of her own, despite having red blood. Possessing this while working in the Silver Palace could potentially destroy the power balance. 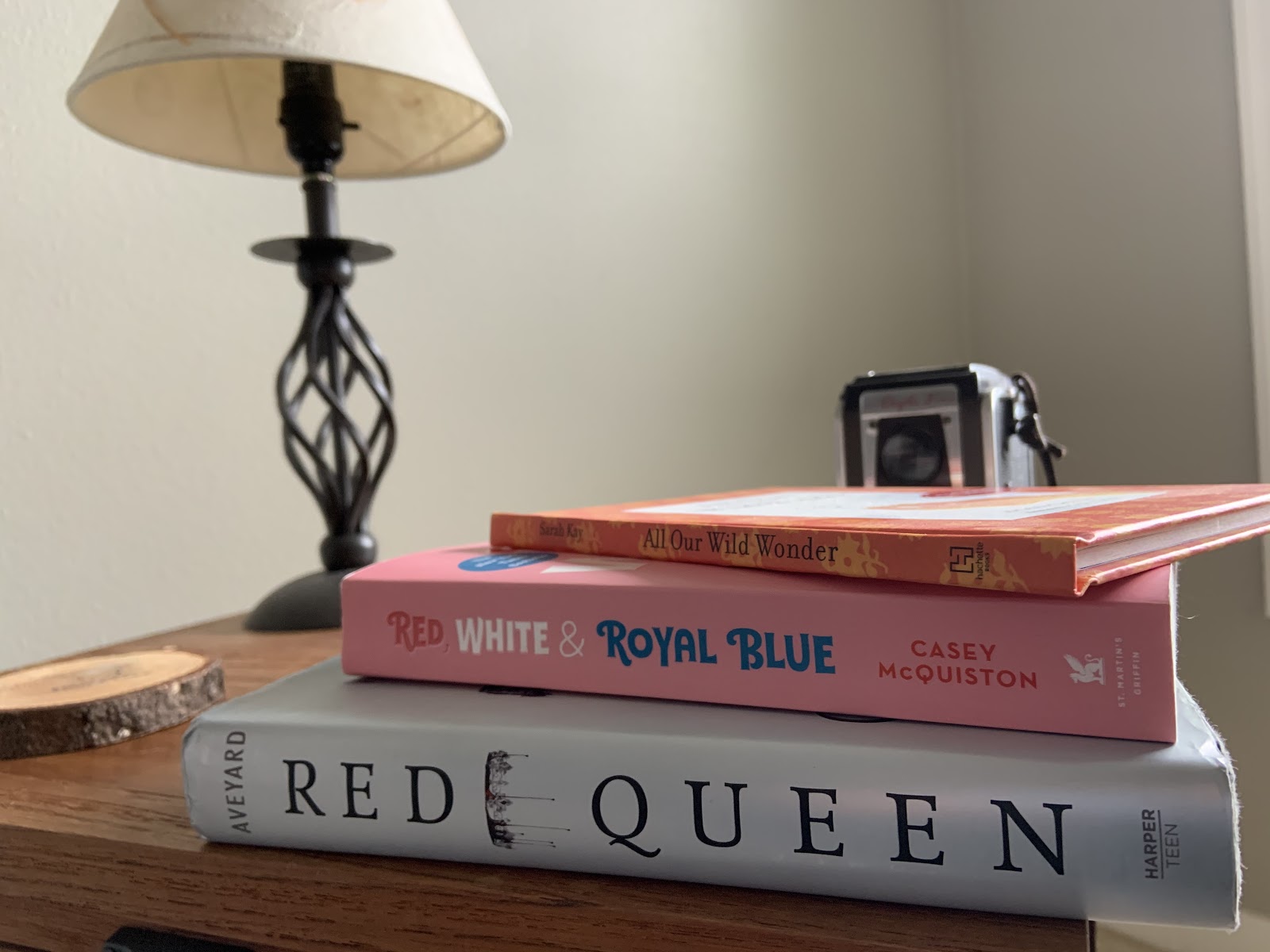 Be Prepared by Vera Brosgol. 4.02 stars on GoodReads, 4 stars by me

Funny, and artistic, this graphic novel follows a middle schooler doing her best to fit in at an intense Russian summer camp.

And the Pursuit of Happiness by Maria Kalman. 4.29 on GoodReads, 4.3 by me

Inspired by the 2008 election, Kalman explores the beautiful workings of democracy and where it can be found around her. Historic figures appear throughout, reminding the reader of successful moments in history.

And Still I Rise by Maya Angelou. 4.42 stars on GoodReads, 5 stars by me

While many of her other poems touch on difficult topics, this beautiful verse inspires courage in humanity and our ability to overcome various struggles.

Need to be transported back to a better time? Revisit your childhood favorites:

Read these to your younger sibling or cousin: 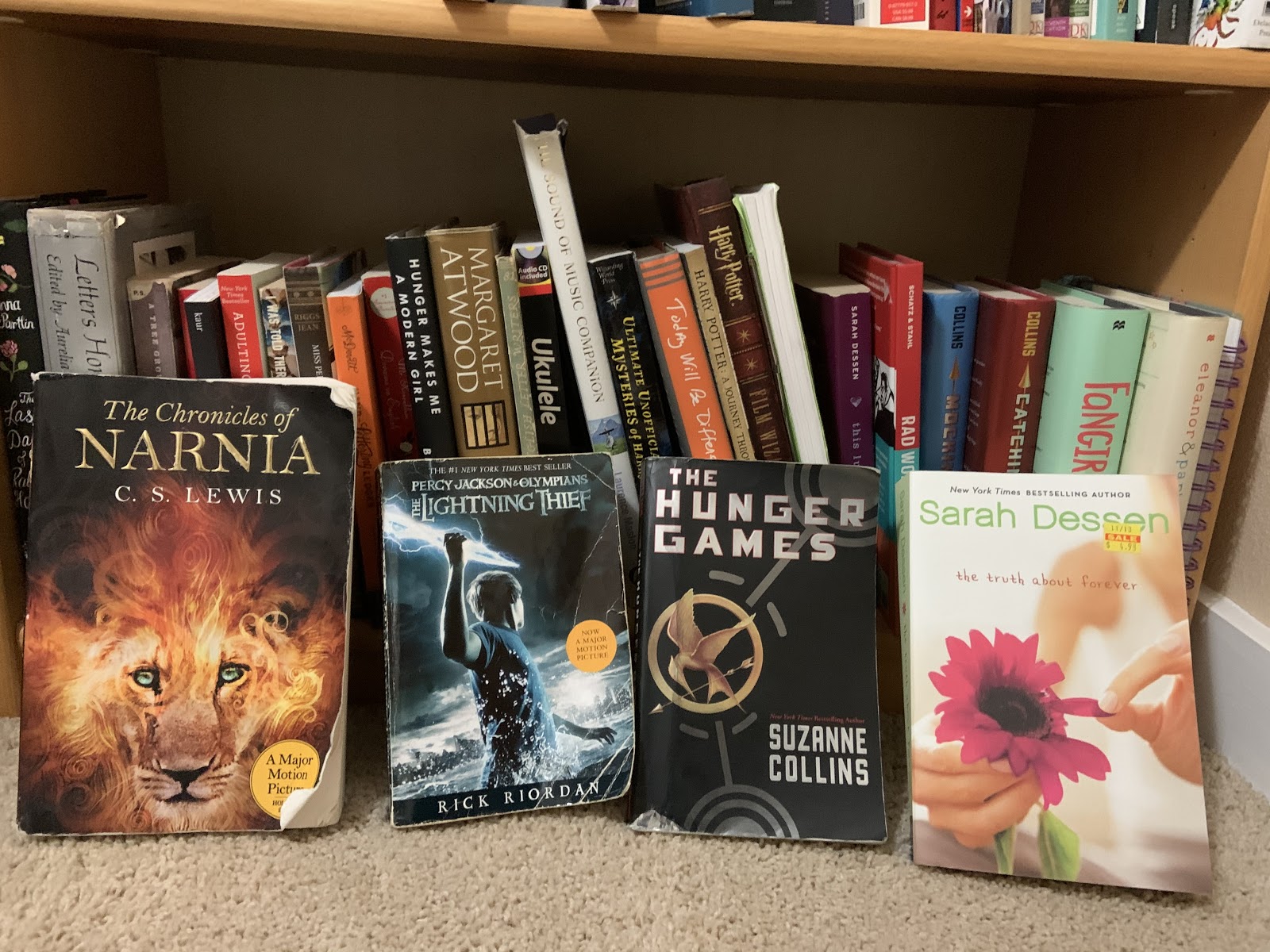 is a freshman in the School of Nursing, majoring in nursing and minoring in global health. When she is not studying or working as a medical record reviewer she can be found reading, playing IM soccer, or passionately educating midwesterners about the proper way to pronounce Oregon (Or-gin).