Our Dorms in Playlist Form

As more and more people I know are starting to think about their plans for next year (by looking at houses and apartments), I have begun to reflect on my time in various dorms. 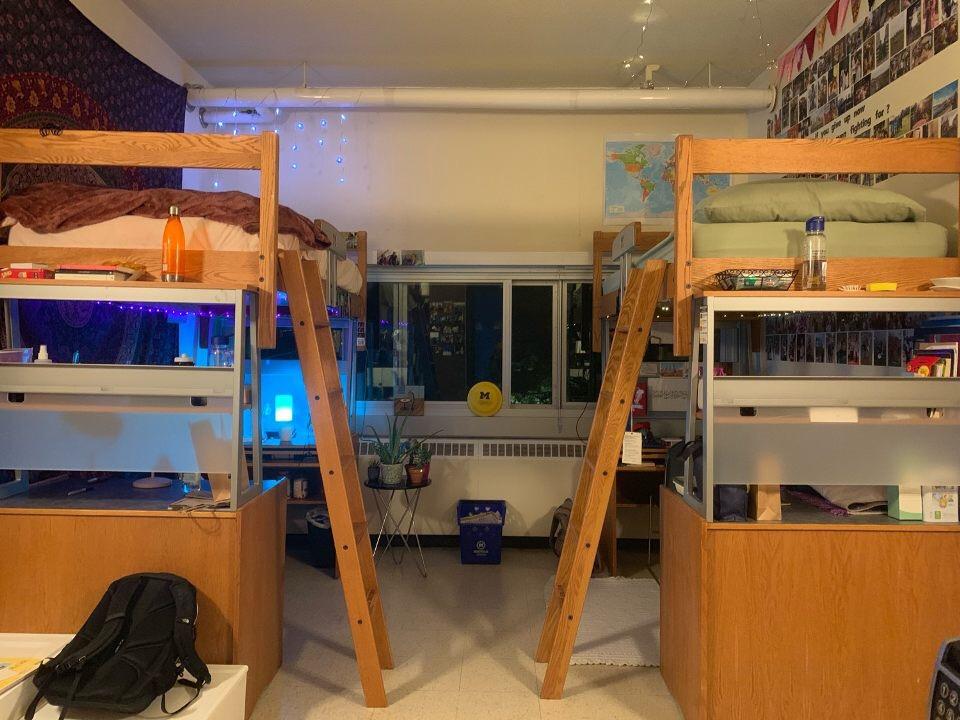 It’s hard to describe their complexities and differences, so I’ve decided to compare a select few to music in order to give a better view of the campus to prospective U-M students.

Oxford: “Mr. Blue Sky” by Electric Light Orchestra. This dorm was my home my first year at U-M. Split into seven houses, surrounded by trees, and located off campus near Greek housing, this place fits a vibe like no other. 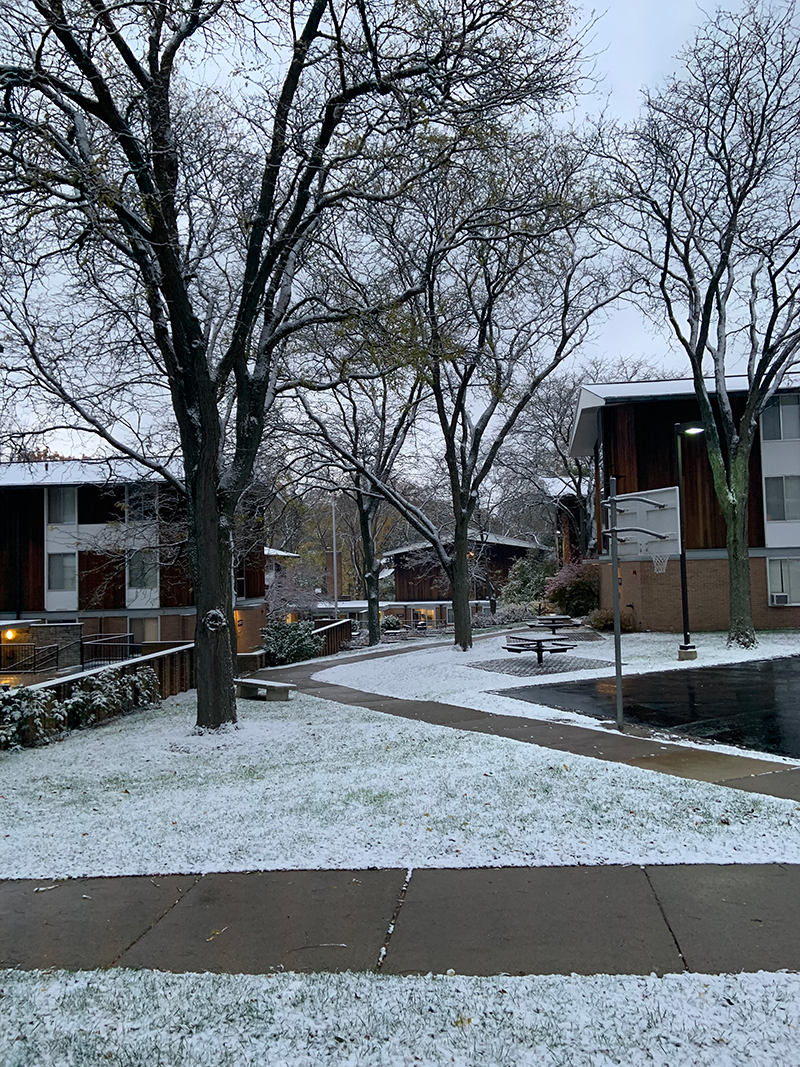 Markley: “All Night Longer” by Sammy Adams. It may not look like much, but this hub of first-year student life is filled with excitement at any time of day, and new friends can be made on every floor.

South Quad: “Evening Sun” by the Strokes. This dorm is a classic. Squad (as it’s lovingly referred to as) is one of the most sought-after housing options with a dining hall so big it is almost overwhelming. 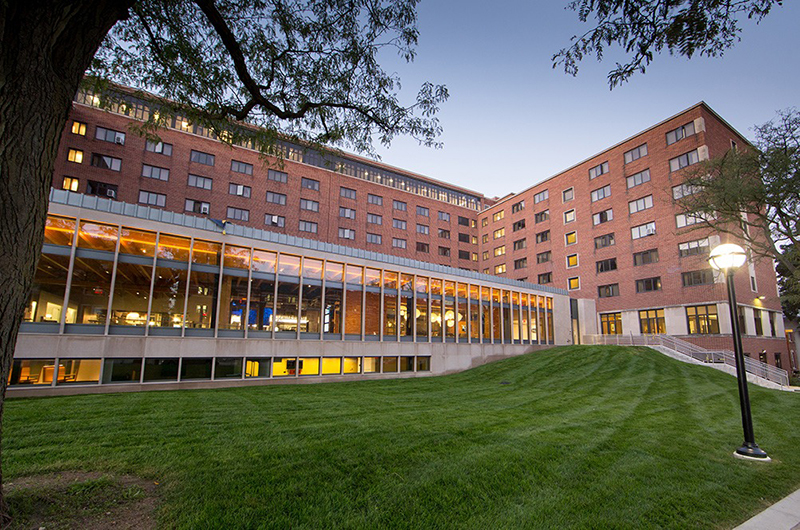 West Quad: “All the Time” by Bahamas. The first time I walked in here, I was overwhelmed by the beautiful stone and the wonderful way it balanced modern newness with ornate beauty. Connected to the Union, West Quad truly has everything you need.

Alice Lloyd: “Royals” by Lorde. Alice Lloyd is so decked out with newly renovated modern seating and amenities that it often gets nicknamed Alice Palace or Palace Lloyd.

Bursley: “Maps” by The Front Bottoms. This primarily first-year dorm may be a whole hike away from Central Campus, but the social attitude and grit that comes from riding the bus daily makes up for it.

Baits: “North” by Clairo. Even though this dorm boasts some pretty cool amenities – like an in-dorm movie theater – it is often forgotten about due to its distance from Central Campus.

Betsy Barbour: “Girls” by Beatrice Eli. This is one of our all-women residence halls, which has a small tight-knit community and a central location.

MoJo: “Meet Me in the Hallway” by Harry Styles. Two separate dorms, Mosher and Jordan, make up one building, where the many windows allow you to eat while enjoying the sun shining on Palmer Field. 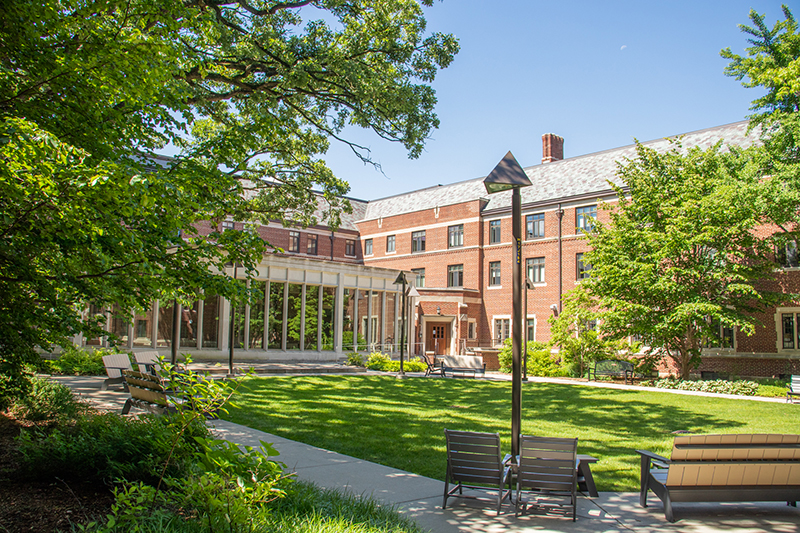 East Quad: “You & I - Piano Version” by One Direction. I happily stayed in East during orientation, enjoying the nice bathrooms, close proximity to the diag, and the gentle sound of the grand piano being played.

Couzens: “Rooftop Dancing” by Sylvan Esso. The main thing that stuck out to me after visiting this dorm was the large game room, modern study spaces, and various sun porches.

Stockwell: “Ooh La La” by Faces. Primarily home to second-year students, the interior and exterior of this dorm are stunning as they have preserved the traditional character and Tudor Revival architecture. 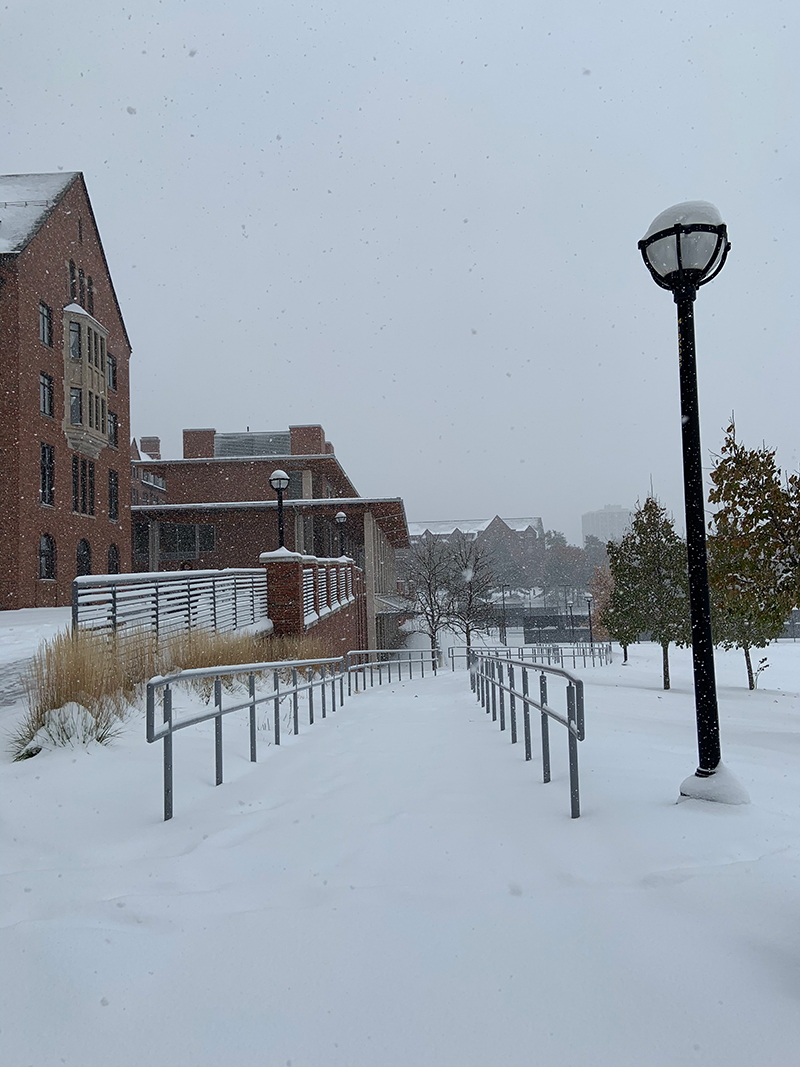 Wherever it is that you end up, whether attending school virtually or based out of a dorm room, I hope that you enjoy and embrace the specific musical genre of your location. 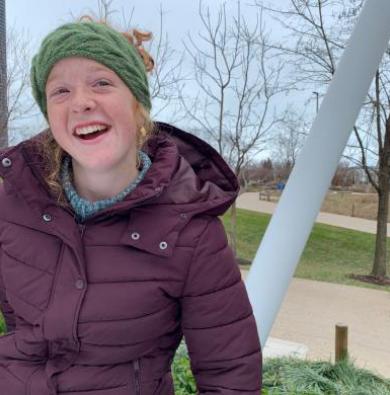 Ellie Younger is a sophomore majoring in nursing and minoring in global health. Ellie works as a medical record reviewer, and is happy to have found her U-M community in the club Survivor Michigan, for which she is an HR executive. She loves hiking in her home state of Oregon, conversations about social justice, and good poetry.