Through my first year of college, taking different classes, researching departments, engaging deeply with the clubs I was a part of, and speaking to students in a host of different majors, the question of what I wanted to study began to answer itself.

“Don’t stress – you have time!” is a phrase I heard countless times in the months approaching and during my first year at Michigan. I had spent so much of my effort the past year studying for standardized tests, applying to schools, and choosing a college that I never finished deciding what to major in.

It wasn’t for lack of trying, of course. Towards the end of my senior year of high school and into the summer, I made spreadsheets comparing different academic programs, talked to people in every major in which I could possibly be interested, and thought about what I might like to do with the rest of my life. Still, I found myself overwhelmed with the sheer number of choices and the even larger number of careers they would lead to. For the first time, I was faced with a decision that could close doors and potentially keep me on that path for the rest of my career. Of course, many students change majors, but it can be challenging to completely shift an academic program one or two years into college.

I loved math, and for most of high school was planning on majoring in astrophysics. During my senior year, I became involved in local politics, and through my classes and independent studies, began to understand that I wanted to continue studying government. So I found myself at a crossroads of two fields which couldn’t be more different from one another. I knew I was passionate about law and politics, but I also wanted something that had quantitative elements.

When I got to campus, I met students who seemingly had their whole lives planned out. My first-year roommate knew on day one she would be a computer science major and had planned every class she would take in each semester for the next four years. My pre-med friends all bonded over taking chemistry classes together, and they all knew what courses they would take to stay on track for med school. I became increasingly aware of my lack of a chosen academic path — and increasingly determined to find one.

I decided to take the advice of my advisor and take classes that interested me. I took some heavily quantitative courses (Astrophysics 201 – couldn’t recommend enough), and some more qualitative ones (Political Science 319 – another amazing experience). I later realized that there were just as many opportunities to explore different interests outside of the classroom and joined several clubs that seemed new and interesting.

Through my first year of college, taking different classes, researching departments, engaging deeply with the clubs I was a part of, and speaking to students in a host of different majors, the question of what I wanted to study began to answer itself; the options seemed to whittle themselves down in my head until I had just a few programs in which I was confident I’d feel at home.

I realized that I didn’t have to choose between my interest in government and my desire to work with technical and quantitative aspects.  I applied to both the Ford School of Public Policy and the Business Minor program in the spring of my sophomore year. I’m now fortunate enough to be a part of both programs, and while it’s not a combination I even knew about entering my first year, I can’t think of a path I’d be more excited about.

There is an endless list of majors and minors at Michigan, and choosing the combination that works best for you can feel like a daunting task, particularly when the programs you’re interested in require a separate application process. The nice thing about it, though, is that somewhere hidden in all the infinite options and academic paths is something for everyone. 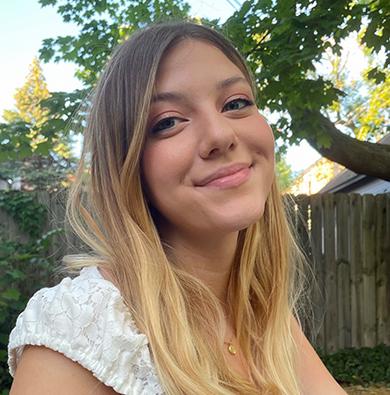 Allison Kolpak is a junior in the Gerald R. Ford School of Public Policy with minors in Business and Economics. She is involved with BOND Consulting Group, a staff writer for the Every Three Weekly, and a member of Net Impact and Sigma Kappa Sorority. Allison is from Denver, and loves skiing, sailing, cooking, and sudoku.